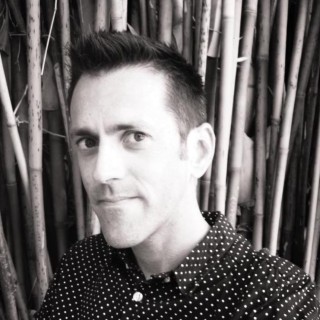 Sometimes we can’t help ourselves. Even if we have no interest in the subject, we find ourselves clicking irresistible links. But what is it that makes headlines from sites like Buzzfeed so compelling?

Unless you spend your whole time online on Pinterest and YouTube, chances are you’ll have noticed a big change in the way stories are told recently. In fact, you may even have noticed many of the world’s biggest online titles beginning to write headlines that don’t just sound the same, but are becoming harder to ignore. Welcome to the dark art of click-baiting.

Headlines do the heavy lifting.

Clever headline writing is nothing new. Newspapers and advertising copywriters have been crafting them for decades to sell papers and push product. But what’s changing is the role of a headline and it’s having a big effect on the content.

Newspaper headlines pretty much exist to relay information. Succinct, accurate and usually a complete unambiguous thought, they summarise the most compelling facts of a story in less characters than a tweet. And while there’s a bit of variation between infotainment tabloids and ‘serious’ reporting, both should help you navigate content and get a feel for the day’s news at a glance. And the front page? That’s reserved for the one headline of the day with the power to create most impact, whether its the most important story, or simply the most sensational. The information it reveals should be so compelling, you feel the need to buy the paper and read on.

Advertising headlines work differently. By their nature ads are intrusive stowaways lurking amidst bona fide content. If there’s body copy, there’s usually a slim-chance it will be read unless the headline gives you reason to do so. That’s why ad headlines have to work harder. They either join forces with the visuals to express an idea (usually leading to a sales message) or more traditionally, tell the whole story in as few words as possible. This has become especially true of banner ads, particularly on mobiles where you have just a few pixels to get the message across on a tiny screen. If there’s a big story to be told, it’s saved for the landing page – where you end up when you click on the ad.

In a nutshell, click-bait is a headline written in such a compelling way that you almost feel powerless to resist clicking, and often sharing it. The space between editorial and advert is becoming a grey area as brands use content creation more and more to spread their message. Overtly or otherwise.

The absolute masters of click-bait are sites like Buzzfeed, Upworthy and The Huffington Post. They make their money from advertising placed on their pages, revenue often determined by the number of people that see an ad. Your eyeballs are a goldmine. So it’s in their interest to drive as much traffic to those pages as possible, through making stories tempting and share-worthy. SEO (search engine optimisation) changes all the time, and with the current trend to rate shares over tags, a carefully constructed, irresistible headline is essential.

The art and science of temptation.

Here are a three successfully proven headline techniques that use mystery and surprise in different ways to encourage clicks.

“X things Y can teach you about Z”

Where Z is something worth knowing

Where X is a number

Numbers are useful. Their precision is a promise to be fulfilled. A low number suggests simplicity and information that’s easy to absorb. A high number suggests authority and definitive coverage. It’s better to keep numbers lowish. 50 facts get tiring, especially when scrolling on a mobile.

Where Y is a cultural touchpoint

How can you instantly pique someone’s interest and race up the search results? Piggyback on something popular. This is often where the real creativity lies. Make a link too tenuous and people see straight through it, get it right, with a good balance of fact, surprise and comedy and you’re onto a winner.

This formula, created by ‘web-psychologist’ Nathalie Nahai (who has a great presentation on persuasive content here) uses similar buttons to the above, with the number, promise and keyword, but instead of cheaply hooking into a cultural reference, it creates intrigue via  surprising visualisation and engaging adjectives.

How an article on ‘Egg Boiling Tips’ would be rewritten using this formula.

(Based on the above formula, the second headline would work better if it was ‘8 adorable things scruffy meerkats can teach us about love’)

The last of my three formula examples does away the numbers (which can be tiring if used in every headline on a site) and wheels in emotions. According to Forbes, Upworthy’s writers come up with 25 headline options for each story, before pilot testing the top 4. The headline that gets the most clicks, goes live for reals. As you can imagine, after months of doing this, they’ve built up quite an understanding of what works.

Apparently, Upworthy’s formula for a winning headline is:

Which is essentially ‘make a statement to stir an emotion, turn it up to 11 and throw in a cliffhanger.’ It works a treat.

After cancer took his wife, this father does something incredible to make sure his daughter never forgets mom.

The above is a beautifully touching story. You can see how Blog Distractify have tinkered with the headline to pull in more eyeballs. The original title (as seen in the url) looks like it was ‘dad-and-daughter-recreate-old-photos-from-deceased-mother’. Seemingly following Upworthy’s formula, the new one is much more compelling.

Here’s one of Upworthy’s most shared headlines from their first year:

Mystery – What did she say?

With this formula, you’re intrigued, feel slightly uncomfortable, but promised a satisfying pay-off, after all, we all like an underdog.

That’s how to write click-bait. But why do you click?

The obvious reasons to click on a link are because you’re interested in the subject and the element of mystery in the set-up. But look a little deeper and there are some subconscious reasons too.

Ask any good door-to-door salesman and they’ll tell you about some of the buttons they have been trained to push to lead you to a purchase. These same basic marketing buttons can easily be applied to click-bait headlines.

So finally, here they are, 6 reasons why you click.

From assuaging genuine fear (3 ways to survive an earthquake) to curing FOMO, Fear Of Missing Out,  (Dermatologists hate her for this one weird trick, The 10 most shocking celebrity instagrams of 2013 ), fear is a powerful motivator for action. Faced with the prospect of risk, embarrassment or unnecessary loss, where’s the harm in a quick click?

Whether it’s something you do that you know you shouldn’t, or something you know you ought to be doing, pushing the guilt button is a sneaky way to trigger an emotional response from a perceived failing. Used evilly, it can also plant a seed or concern that you may never have had. (“Does this make me a bad mother?”, “Eating this delicious donut will make me less attractive.”)

The strongest motivator of all, and often lurking behind all the others, love drives action. Whether it’s something you do for the love of someone else, or something to make you feel good about yourself, tapping into your passions and people you care about gets results.

We all like to think we’re pretty decent human beings. Our pride is our feeling of pleasure or satisfaction in ourselves and our achievements. So a powerful way to generate a response is to question someone’s pride, forcing them to act in order to maintain it. In terms of information, the simplest way is to present information that someone feels they ought to know, but do not.

This is the easiest sell of all when it comes to marketing. The promise of something for nothing or the chance to get rich quick is often too good an opportunity to miss, even for the skeptics.

This is closely linked to FOMO, but as a social species, we want to feel close to people. Sharing knowledge, memes and stories connects us, whether online or at the water cooler. Missing them can make us feel more isolated. Much like a salesman will use the idea of people behaving like sheep (keeping up with Jones’) to sell a product, click-baiters can reward us by making us feel part of a community (Like! Share!) all to their own eyeballing ends.

The 35 naughtiest dogs on the planet. You’ll laugh so hard when you see what they did!

So there you have it. A by no means exhaustive look at some of the ways writers get you to click, and some of the reasons you do. Fess up. How many of the above headlines did you click on?

There’s nothing wrong with click-bait per se, but in trading editorial standards for eyeballs, there’s a danger it will lead to the dumbing down of mainstream media.

The demotion of facts in favour of tricks is captured brilliantly in this parody.

A clever illustration of clickbaitising from XKCD.com

Now you know some of the tricks to click-bait writing, maybe you can use some of them yourself and play the experts at their own game.

What do you think? Cancel reply